Skip to content
Inspiring others to SURVIVE and THRIVE

From ages two to 82, South Africans of all ages, shapes and sizes took to the water in the Little Optimist Global Challenge.

Dams, swimming pools and even fish tanks hosted the tiny boats and their over-sized occupants. The challenge, which ran over 10 days and involved people from across the country spending time in Optimists (boats designed for children), was all in aid of a good cause. And not just one good cause, but many.

In all, more than 220 people entered the challenge to raise funds for 13 different charity organisations.

Founder of the Little Optimist Trust and the brains behind the unique event, Greg Bertish says, “Over the last 10 days we’ve taught 20 disadvantaged children – many of whom are not used to being in the water – to sail competently and confidently. We’re also giving 50 children from Maitland Cottage Children’s Hospital a sailing experience. And we’ve raised over R200 000 to be split between our Trust and the others that participated.”

As part of the 10-day event, Springbok Captain Siya Kolisi and his children joined teammate Scarra Ntubeni sailing a Newborns Trust-branded boat in the I&J tank at the Two Oceans Aquarium to raise awareness ahead of World Prematurity Day on November 17th. 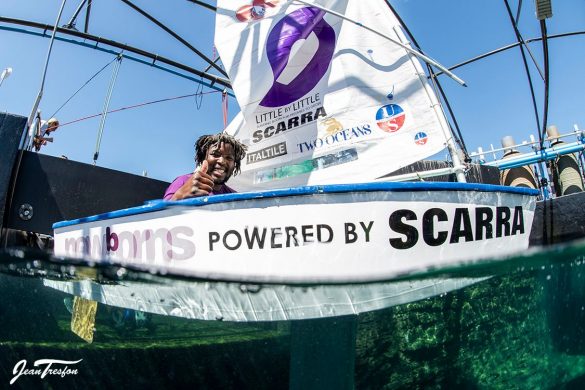 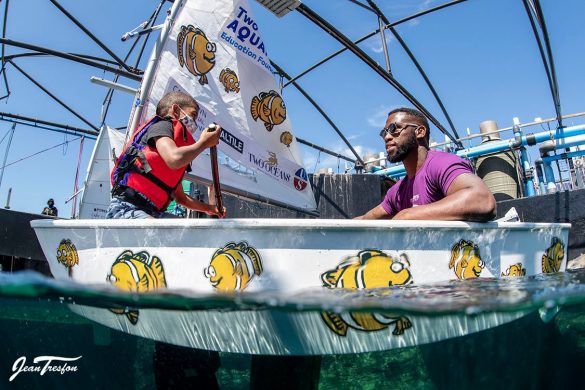 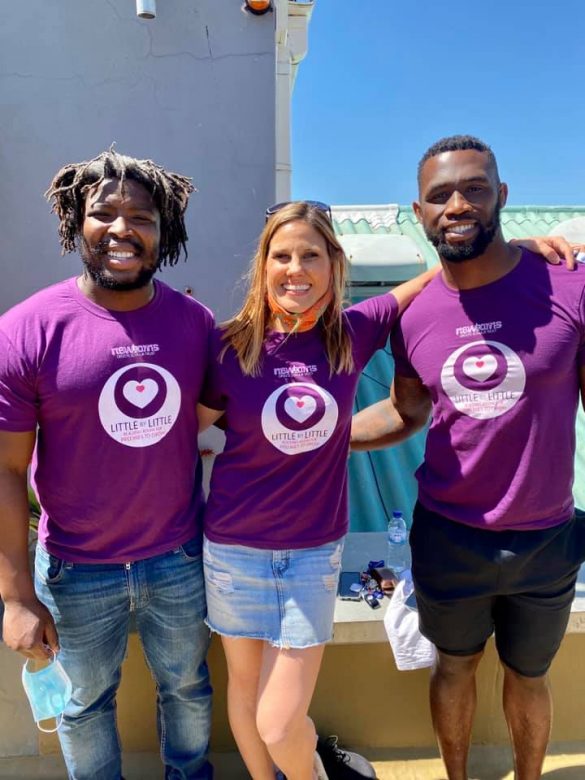 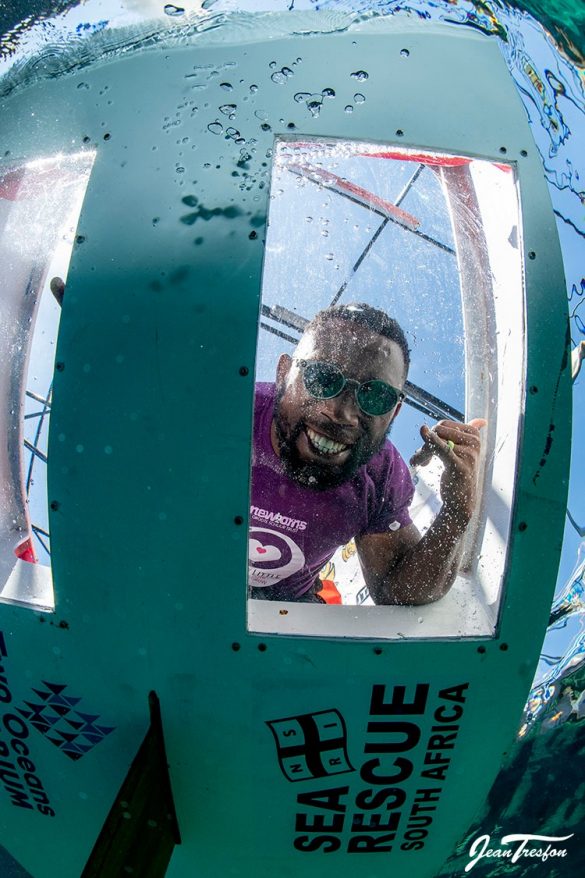 With October being marine month, and the holiday season just around the corner, The Radisson chose to use the opportunity to celebrate tourism in Cape Town, and the promote City’s drive to revive the industry over the next few months. 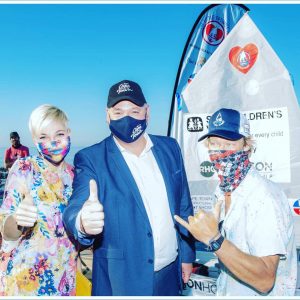 Key players in the tourism sector such as Mayoral Committee Member for Business and Economic Opportunities James Vos jumped into the tiny boat and enjoyed a drink in the hotel’s infinity pool while taking in the breath-taking views of the Mother City’s coastline. The who’s who of Cape Town gathered at the Radisson Blu in Granger Bay to float in an Optimist in the hotel pool, and to highlight the bounce back of tourism after the devastation of months of lockdown.

Vos was in good company. Tv and radio personality Liezel Van Der Westhuizen showed she knows what she’s doing when it comes to sailing. Ice swimmer and motivational speaker Ryan Stramrood took a turn to sail too, wearing nothing but a speedo. And Deon Bing joined the fun after making sure there was room for both him and his skateboard in the two metre-long vessel.

Big wave surfer Matt Bromley took the children from the 9 Miles organisation for a sail in the tidal pool at Strandfontein.  Another home-grown global superstar on the surfing circuit, Michael February, hosted a 24-hour sail-a-thon in the family’s swimming pool in Kommetjie. 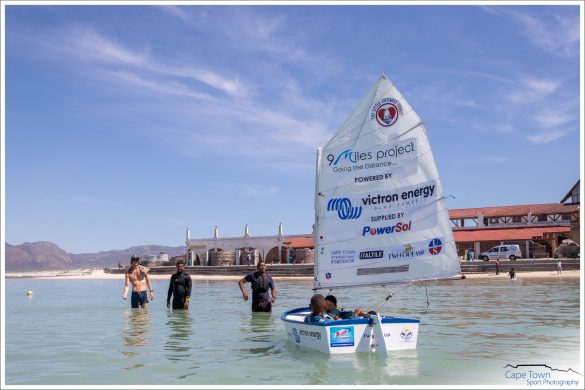 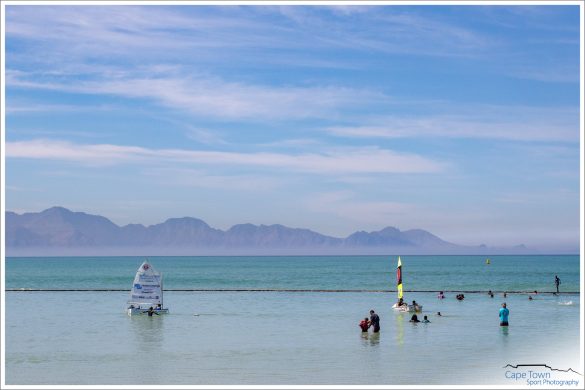 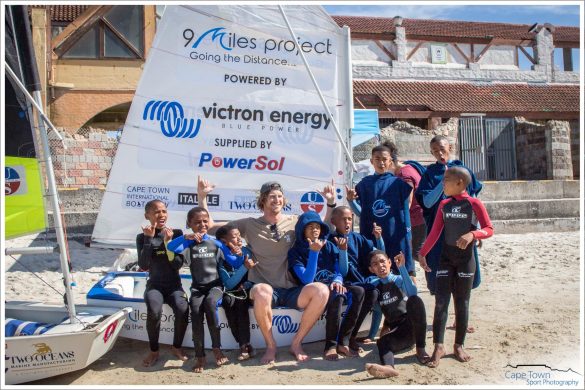 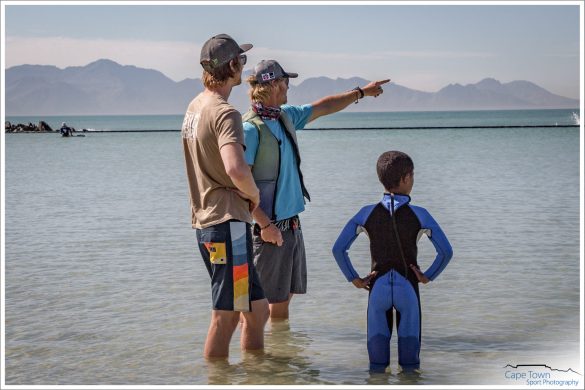 Bertish, says, “The challenge has been unbelievable. We’ve had collaboration from people all over the country. We had people even sailing in Witbank. We had a person doing a 24-hour vigil on top of a building in Cape Town, we had sailing in swimming pools and canals. All sorts of charities coming together. It’s been amazing.”

The event in a snapshot

13 activations were held over a period of 10 days. In the strangest of places, with a variety of well known and celebrity guests.

Greg Bertish from The Little Optimist Trust, Maryke Musson from The Aquarium Education Foundation and Dr Cleeve Robertson CEO of NSRI – did a 24 hour vigil in the I&J tank at the Two Oceans Aquarium in aid of raising funds for at risk youth, turtles and ocean safety.

20 kids from 9 Mile Project got to experience sailing (most for the first time) in the Strandfontein tidal pool.

14 October: Rocking the fish at the Aquarium

Musicians, comedians and sports celebrities joined us at The Two Oceans Aquarium for an afternoon of Optimist sailing in the I&J tank.

Blake Pittaway from Project 18 did a 24 hour vigil in the Radisson Blu residence pool in aid of his charity Project 18 which raises funds for animals in need.

15 October: A New Breath & 15 on Orange Hotel, the Autograph Collection

In 2019 Spear Reit sponsored Tanya Bothma, double lung transplant recipient, for The Great Optimist Race – where they raised the most funds for a charity. This year Spear continued their support by putting their Optimist in the pool at 15 on Orange, a Spear Reit hotel. Money raised will once again be donated to the lung transplant unit at Groote Schuur Hospital.

Sentinel Ocean Alliance, a NPO focused on creating ocean based opportunities for the youth of Hout Bay, hosted their optimist dinghy at Tintswalo Atlantic. The glorious setting enticed many Hout Bay residents to pop in and support them.

Friday nights are always busy at Radisson RED at the V & A Waterfront SILO precinct. They raised money for their official charity, the SOS Children’s Villages.

For the duration of the challenge Rory Heard had his boat in the Suikerbossie pool in aid of South African Depression and Anxiety Group. Read the full story here. 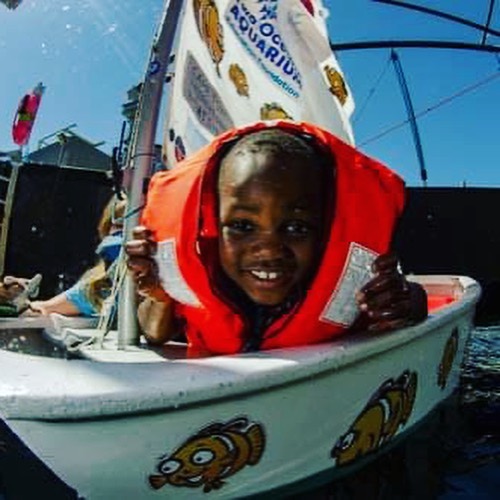 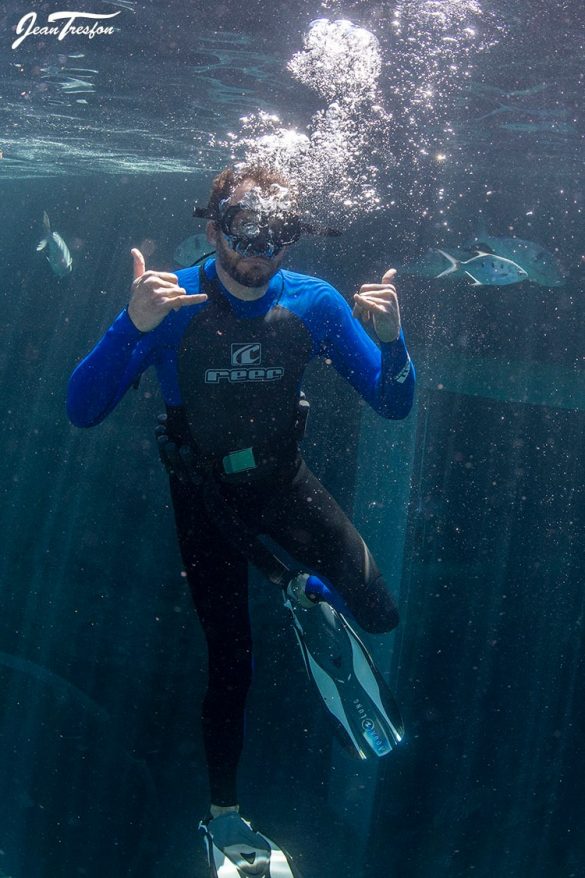 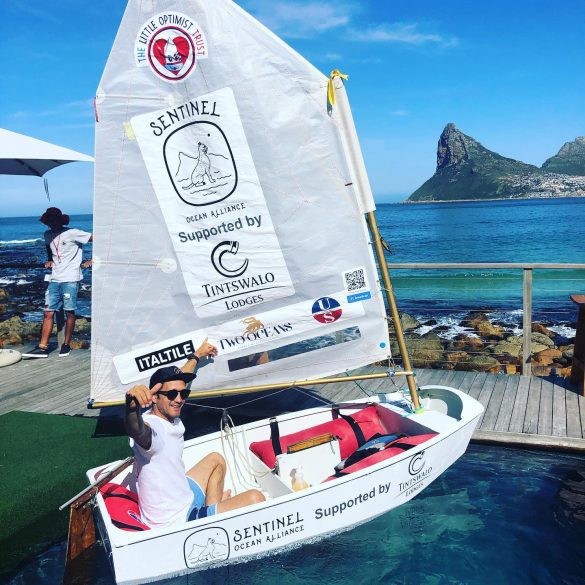 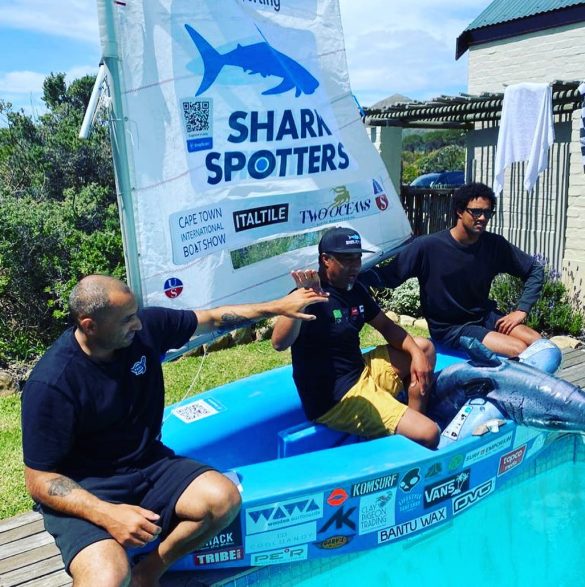 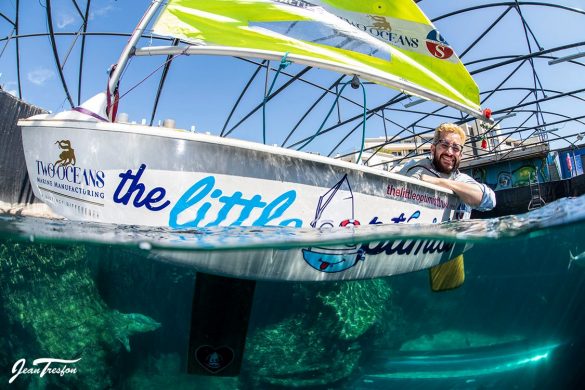 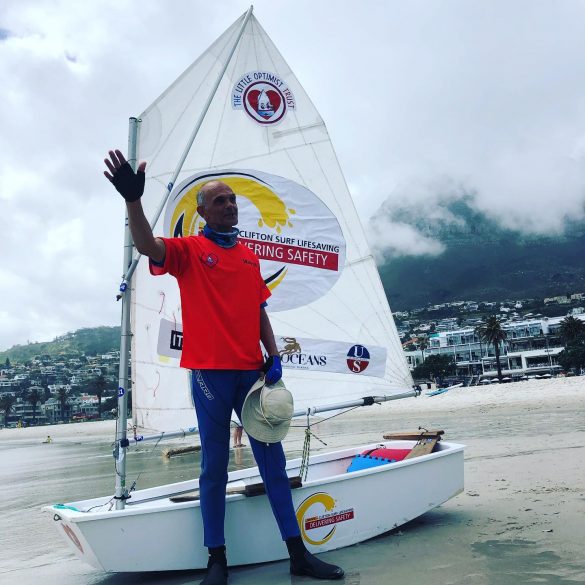 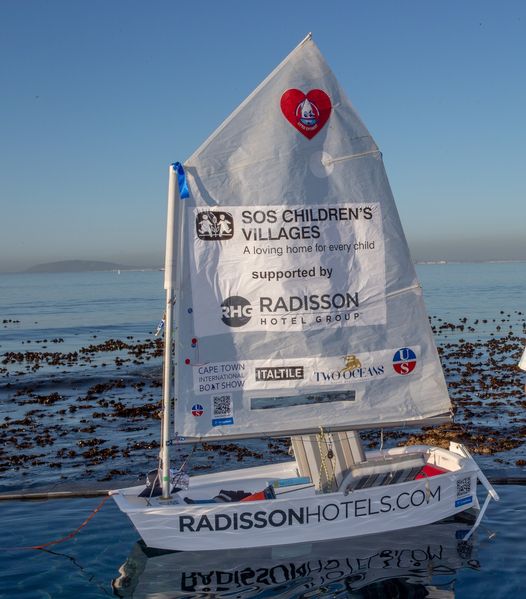 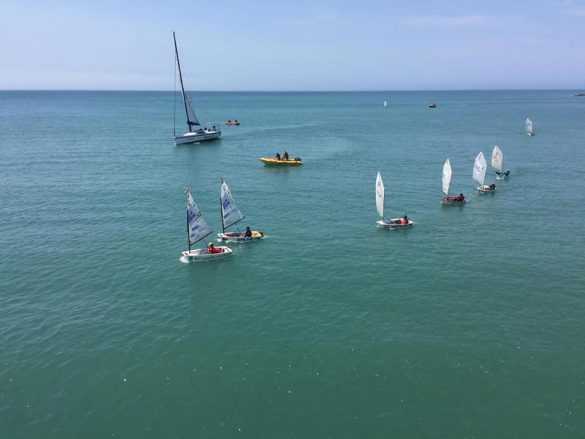 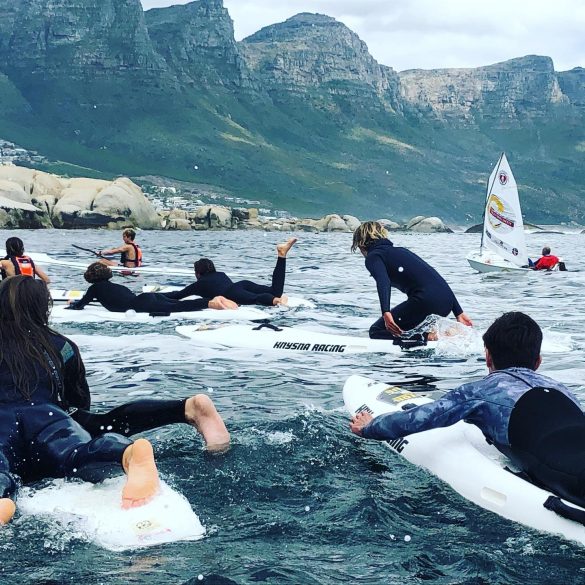 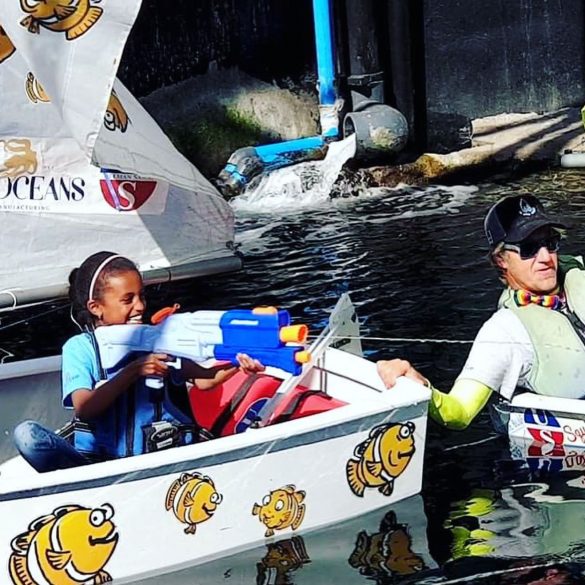 The Global Challenge in numbers

13 collaborative charities were involved, which directly benefited from the event and funds raised

The crazy places that an Optimist was ‘sailed’

The who’s who of celebs took part